is a Jerusalem-born and Berlin-based artist. She is a performer and visual researcher whose works examine constructions of historical narrative and national identity through the choreography of bodies. 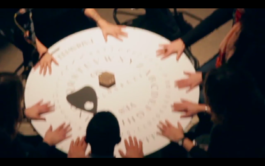 Toward an Academic evaluation committee of Department III directed by Dagmar Schäfer at the Max-Plank Institution for the history of science, I created a play in collaboration with and performed by 10 members of the department - senior researchers and Postdoc fellows, titled: Artifacts, Action, Knowledge. The work consists of a conceptual play based on their academic report and researchers presentations, using their practical research actions and the artefacts histories. The performance took place at the Harnack-house Berlin, January 2019 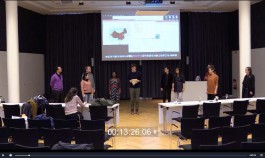 The Director- Dagmar [reading the quote]:
Although different in color and kind, lead, when participating in vermillion making , can function as the colour vermillion. One has to grasp its “inner working” (shu?).
Therefore, that which can be said/known is not effectuated by intricate formula and elegant phrases.
Simply test the causes and that is that” Marianna: Huainanzi Writings of the Masters,
South of the Huai River, 2nd century BCE Dagmar: In the following 50 minutes.…
[Dept III stands up from their seats and moves to stage]
Dagmar:We follow how people through the centuries up until more recent times imagined such ways of working, people such as Robert Hommel who in the early twentieth century took photos of processes such as dyeing for his book China at Work, attributing such inner workings mainly to the domaines of craft, technology, and the everyday.
our aim is to develop a historical epistemology of action.

Dept I I I:[ repeat the sentence one after another in a canon]:
Wilko & Marianna: historical epistemology of action.
Tamar & Shehab: historical epistemology of action.
Alexis & Edna: historical epistemology of action.
Dagmar: Our research agenda has three entry points:
[reading without a pause]
Tamar: artifacts
Mariana: (things),
WIko: action
Lisa: (making),
Shih-Pei: knowledge
Alexis: (work).
Dagmar: Five senior researchers support the organization …
Shehab: What kind of work is it to make “knowledge”?
Edna: Knowledge-making is work for brain and brawn.
By emphasizing the physical side,
Lisa: beyond the written traces of practices and the material remnants of products, to grasp the “inner workings” (shu?) that the Huainanzi speaks about.
Alexis: our aim is to push the historical analysis of what and how people knew
Sonja: We look into the varying conceptual roles of “action” as “knowing”
Shih-Pei: What “knowledge” inhabits the Huainanzi’s myriads of things, such as plants, ghosts,
Marianna:...or stones?

Text for the Time Travelers in Palestine

The gloomy light in the cave somehow mitigated the blistering sun outside. Esther stepped silently into the well, where she encounters a woman who strikes her as the young Rachel. The woman’s eyes were attracted to her reflection in the water, as if she hoped to grasp something of the hellish nightmare that haunted her last night. Esther was unsettled by the icons posed on the cave’s walls. She sat nearby her, asking for her name and offering some dates and a lukewarm tea.
They tasted the dates and drank the tea. Esther broke the silence and asked: “are you here to contemplate?” Her question awakened a ghost from the bottom of the well. Through his voice they knew that without knowing each other, they were hit by the same vision. The voice wanes off, but the well remains seeped with horror. The women’s bewilderment and shock were interrupted by the entrance of a tall European man with a camera on his back. The young woman whispered to Esther: “I know this guy. I have guided him to this place, looking for the event of photography to take place.”
“Shall we start?” the photographer asked sternly.

The young woman nodded in compliance. Without saying a word, Esther held tightly the woman’s hand, and walked out. When the sound of the flash puffed, she was already on her way, on the back of a donkey praying that the flashing light will magically exorcise the horrific vision from the young women’s eyes. Years after Esther’s death, and the death of her daughter Malka, her grandson, Joshua, my  grandfather, sat on November 16th in his armchair not far away from the city of Yaffa and read in the newspaper, with some pride mixed  with compassion, though not without repulsion, about a man with quite ordinary ideas, who entered Jacob’s Well and, smashed with an axe the skull of a Hegumen. In the name of god.

It Is Only Through Your Thoughts that I Can Remember Who I Am reimagines the story of L’Art moderne au Liban into a theatrical exhibition in three acts. Madame M.S, a mysterious Lebanese painter who was one of the participating artists in the 1943 exhibition, is conjured up  from the archive to recount the tale of her time through imagined and recreated environments that combine text, image, light and sound. 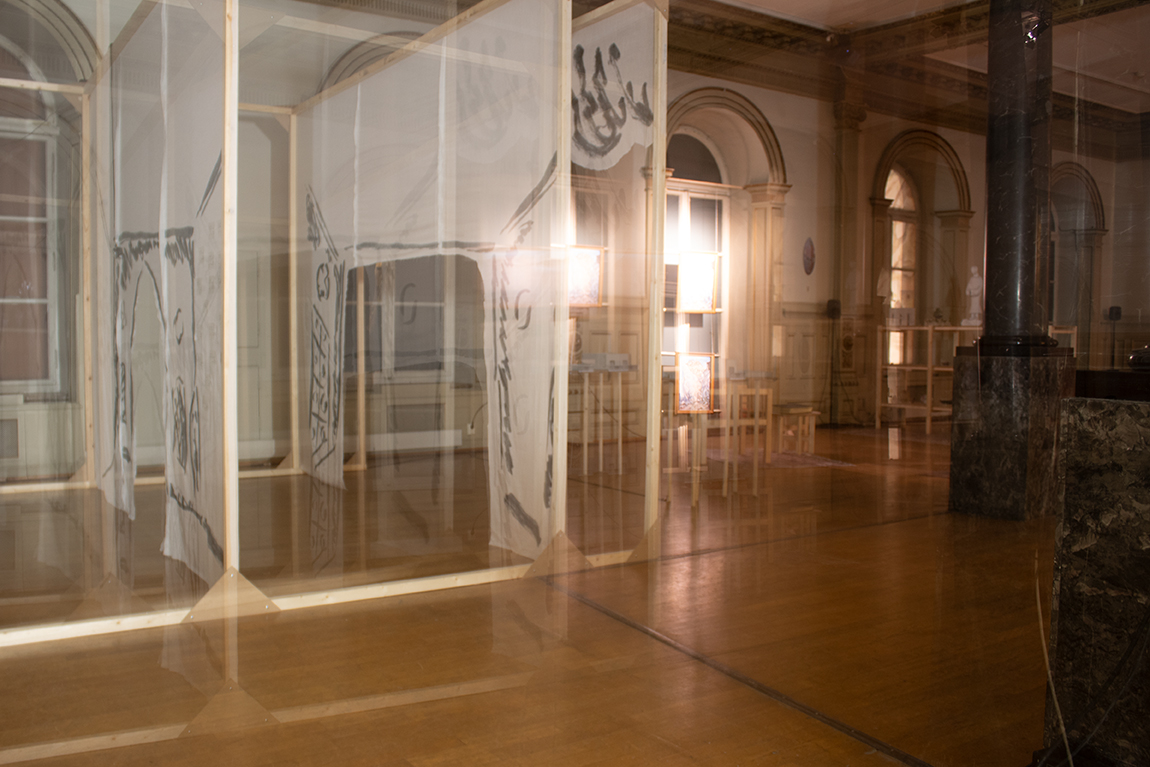 The exhibition was curated by Sissel Lillebostad and Trond Hugo Haugen in collaboration with Malin Barth. The exhibition is part of Vågestykke — a series of time-limited artworks 2016-2018 at Western Norway University of Applied Sciences (HVL) by KORO - Public Art Norway. 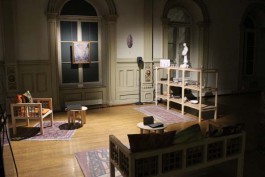 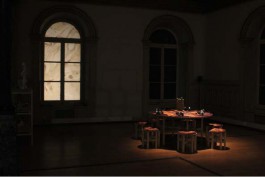 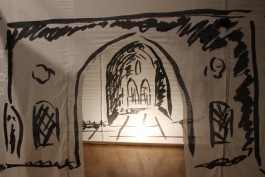 Debriefing Session II a one-on-one meeting in which I, as a public movement agent deliver an account of our research about modern art made in Palestine before 1948. The private session draws out the performative relationship between nation-states and their cultural institutions.was created by Alhena Katsof and Dana Yahalomi based on a research led by Hagar Ophir, and was presented as part of the exhibition National Collection at Tel Aviv Museum of Art in 2015. 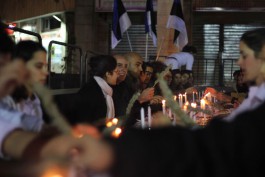 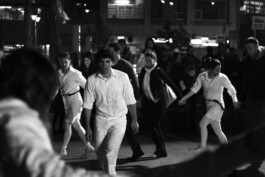 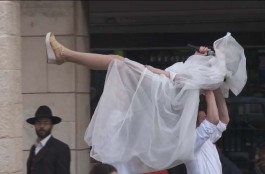 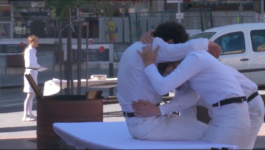